A journey along the mormon trail! ebook

Price: $ 1 USD
A journey Along The mormon Trail, ©2013 by Raymond Cook is a 222 page eBook story about a miner in Marble, Colorado named Jim Liley who worked in a marble quarry and lost his sight in his left eye due to an injury in 1898. He decides to buy a house in town but doesn’t want to live there alone so he places a mail-order bride ad in an Illinois newspaper. Kristy Greenfield saw his ad in The Nauvoo Gazette and after writing back and forth she decides to travel to Colorado to meet and marry Jim.
Does Kristy have what it takes to be a homesteader’s wife? Follow Kristy on her 1,200 mile trek along the Mormon Trail. The journey thousands of families made across the plains wasn’t without perils. Cholera, smallpox, broken wagon wheels, Indian attacks, drowning’s, lost children, injuries, savage dust storms, rattlesnake bites, getting lost, blizzards, starvation, lack of water and even robbery could crush the dreams of a pioneer family’s hopes for a new life.
As if all of those risks weren’t enough to discourage someone from trekking 1,200 miles across unknown dangers, unscrupulous merchants were known to sell covered wagons and provisions to families. If they learned they weren’t going to join a wagon train the merchant would hire some men to rob the family several miles out of town. Then the men would bring the covered wagons back to the merchant who would re-sell it to another family. Take a trip back in time and see through Kristy’s eyes all that she endured hoping to find happiness at Jim Liley’s side as his wife.
Will she find the happiness she risked her life for or will she regret her marriage and break his heart by leaving on the stage? This is the 13th eBook in this series of pioneer families living in Marble Colorado in the 1890’s.
This is my 13th of 22 western frontier eBooks I have written since 2011.
To check out my 222 page Western Frontier eBook, visit Amazon:
http://www.amazon.com/Journey-Along-Mormon-Trail-Book-ebook/dp/B00D96ERQU/ref=sr_1_13?s=digital-text&ie=UTF8&qid=1445454652&sr=1-13&keywords=eBooks+by+Raymond+Cook
Read the ad
Write review
Print 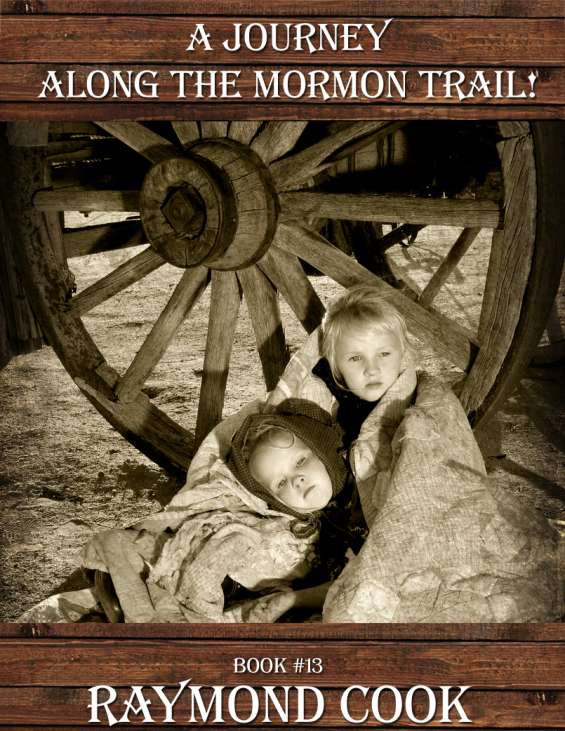 A journey along the mormon trail! ebook